My handmixer finally bowed out. So I'm thinking of getting myself a Kitchen Aid.
Now this is a dilemma. I love how the KitchenAid Artisan mixers look but some baking friends recommend I just get the Classic series.
Which would you pick?
Ad

A stand mixer is one of your most expensive tools. It's also one of the most important tools in the kitchen.

The mixer you purchase depends on how frequently you bake; what you bake; and the quantities.


The classic has a smaller motor. The bowl capacity is smaller. But that isn't necessarily an issue because you can buy a larger bowl. I own two bowls for my mixer because I require the capacity. In addition to capacity, I frequently bake recipes that require a meringue. The second bowl allows me to mix batter in one bowl, then beat the meringue without having to empty and wash the mixing bowl.

The classic is a good choice when:

1. you bake in frequently

Artisan is a good choice when:

Big Bertha, my KitchenAid mixer is so old it is the equivalent of a classic. Yet I bake frequently and big batches.

I have many times eyed the Pro. But every time I walk into my kitchen, see Big Bertha sitting on the counter there's one thing I know in my bones: that machine is the right machine for me and she hasn't let me down in the nearly 20 years she's been working side-by-side with me in the kitchen.
C

I do not recommend KitchenAid at all.

I've worked in some bakeries that used them, and they broke very easily, the ones with the handles on them to lift and drop the bowl stripped OH SO QUICK AND FAST, and the design just isn't workable for a professional.

KitchenAid is what I would call "craptastic". LOL

Also, KitchenAid quality went to pot many years ago. Thats why they make those mixers in SO many colors, otherwise they wouldn't make much money on just selling the mixers. They make their money on selling colors, not quality.

Some of their other gadgets are ok, but their mixers are just abominable. I prefer something more durable and sturdy, like my Sunbeam mixer. I've heard very good things about the Kenwood mixers, but they are out of my price range and I don't see how they are usable, as there really isn't much room for adding things into the bowl while it's mixing. I like a big, open mixer. 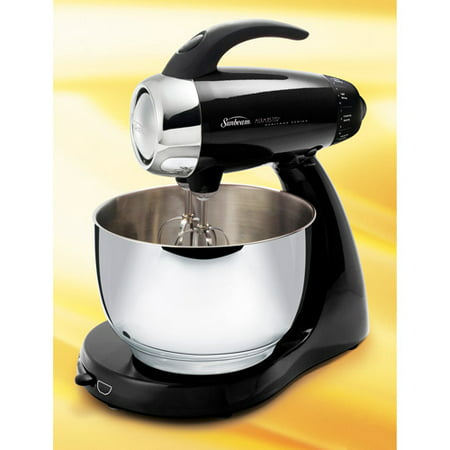 If I still baked, I would DEFINITELY have one of THESE!!!!!

I have an artisan, it's fabulous. Does everything I need it to do, but I do want to invest in a second bowl so I don't need to clean it in between different mixes.

I'd suggest Norcalbaker59s description is a good one, and tells you most of what you need to know to decide.

In terms of colour... let's be honest, the white machine is horrible and will look ugly with any modern kitchen.

-Daniel- said:
I have an artisan, it's fabulous. Does everything I need it to do, but I do want to invest in a second bowl so I don't need to clean it in between different mixes.

I'd suggest Norcalbaker59s description is a good one, and tells you most of what you need to know to decide.

In terms of colour... let's be honest, the white machine is horrible and will look ugly with any modern kitchen.
Click to expand...

Lol, yeah the white one is pretty ugly

I kind of like my white one! My friends, who have a great multi-color tile backsplash in their fab kitchen, have a Muppet-green KA mixer and blender. They always make me smile. I did see on YouTube that people have been known to paint their mixers to update their decor. If I did that, I'd have to go with bright pinkish copper, which I love.

Apocalypso said:
I kind of like my white one! My friends, who have a great multi-color tile backsplash in their fab kitchen, have a Muppet-green KA mixer and blender. They always make me smile. I did see on YouTube that people have been known to paint their mixers to update their decor. If I did that, I'd have to go with bright pinkish copper, which I love.
Click to expand...

I think once they introduced an array of colors they became a fashion statement. I bought a black one because it matched the countertop in my kitchen. Turned out to match the countertops in every house I’ve lived in since. So that means kitchen designers are pretty boring. They keep installing the same surfaces in kitchens across America.

Wow, what does she use it for that it stripped the gears? Heavy breads?

Overall I'd say I've had good luck with the KitchenAid, but even more so with a not-very-fancy workhorse of a Black and Decker "Power Pro" food processor. I got it on closeout when Service Merchandise closed, so that's somewhere around 1997. The white plastic base housing has yellowed with age, but it's still going strong. I'd love a newer fancier one with options (different blades, a smaller inset for small batches) but I can't justify replacing what works. I have made many a batch of bread dough, pasta dough, etc with it.

If you need to upgrade to a commercial mixer due to repeatedly stripping the gears, then the KitchenAide home countertop mixer was inappropriately used.

Stripping the gears means frequent use for mixing heavy bread doughs. Cake batter and cookie dough do not create much resistance and require very little mixing. So they aren’t going to strip gears.

KitchenAid is not designed for heavy doughs like bread and roll.

When considering any piece of equipment, you have to first consider what you intend to use it for AND the frequency of the use. Then research equipment that is actually designed and constructed for that task.

A planetary mixer with its stationary bowl is the wrong mixer for bread doughs. The right mixer is a plunging arm mixer or a spiral mixer.

A failure on the consumer’s part to purchase appropriately designed and constructed equipment for the task is not a failing of the manufacturer.

Hi there! Here's my two cents on stand mixers....
I agree that it depends completely on what you want to do with the mixer. KA are super cute, look great on the counter top and in photos, and can do a good job. However, from my many friends who have tried them, they just don't last as long or have the kind of power that's needed (disclaimer: I've never had one, just sharing what friends have told me). I love my Bosch, but they are on the pricier side. However they do have a compact mixer if you want something smaller, plus a section to find refurbished ones on the Bosch Mixers site. I love my Bosch because it has been working for me for years, and handles my huge batches of cookie dough, bread, etc. You can always look and try to find used ones on Craigslist too if you have an even tighter budget. It also might be good to look into Ankarsrum mixers, as I hear they do a good job. Don't get me wrong, KA are really nice mixers! And in some places I see wonderful reviews! But I've personally heard too many stories of them dying out fairly quickly. Best of luck to you.
Last edited by a moderator: Dec 30, 2017
Ad

The Primo PM-10 is working out well so far. She says it hasn't slowed down on anything yet. I think the heaviest thing she makes are large batches of AR 50% Filipino Siopao dough. I bought it on a Citi card so the factory 1 year labor, 2 year parts is now 3 years labor, 4 years parts. I told her to follow this guide to not overload it: http://vollrath.com/resources/324/TFI_MixCapacityChart_T010003_en_2012-12-14.pdf?resourceType=Resource

I have a fire engine red Kitchen Aid stand mixer - and unfortunately it is not the Artisan level - knowing what I know now I would have gotten that one.

I use it a LOT and I haven't had any trouble yet - knock on wood! I have noticed that it seems to struggle a bit with thicker doughs at low speed but I just turn up the speed a bit and it does fine. This means I have to lower the speed when introducing flour to a mixture until it's beaten in enough to not fly everywhere when I turn the speed back up but so far that has worked.

Now that I've invested in SEVERAL of the attachments - grinder, puree sieve (makes applesauce making a BREEZE) and spiralizer I will probably stick with the KA brand when it comes time to replace but I'll upgrade to the most heavy duty one they have with the biggest bowl - AND get a second bowl! That would be nice! I've had this one for almost 3 + years.

One thing I have heard about KA is that they need to be run frequently or something goes wrong with one of the mechanisms. Like it dries out or something over time from disuse. This is not a problem in my kitchen! LOL

Now, all that being said, I mostly make cakes, cupcakes, cookies - only occasionally do I make bread but I have done so.

I also use my KA to shred meats - hot cooked chicken or even beef/pork roasts can go in piping hot and after a short time of beating with paddle attachment you have perfectly shredded meat! I just put a clean towel over the whole thing while beating to avoid being sprayed with hot bits of meat - that is no fun!

I'm super spoiled because when DH built our kitchen he made me a special cupboard under our island that has a shelf that pulls out and up and fastens in place with the mixer on it. It stays plugged in underneath there, I just pull it out and get started! SO nice not to have to move it around or have it live on the counter all the time. Even though it is pretty
Ad

AuntJamelle said:
I also use my KA to shred meats - hot cooked chicken or even beef/pork roasts can go in piping hot and after a short time of beating with paddle attachment you have perfectly shredded meat!
Click to expand...

I just started doing this last week, and it's the perfect way to shred chicken! Much better than using a fork, which I found to be really tricky
You must log in or register to reply here.