Preventing a Volcano in Shoe-Fly Pie

I just remembered about a delicious recipe I tried for shoe-fly pie. My parents were confused as to why I was interested in something so "old school", but they both liked the flavor. My younger sisters didn't, unsurprisingly. While the gooey mess tasted great (and tasted better on ice cream), it had to stay kind of runny to avoid the mess it was making in the oven!

I made enough for two pies. Both bubbled out of their pans and started escaping onto the racks and oven element. It was quite a long time of scraping and scrubbing to get the sugar off. I might have saved time with oven cleaner, but one round of food poisioning from a "clean" oven was enough to swear me off that forever. Anyway, the pies stayed under-done, and attempts to slowly re-cook them still had them bubbling all over.

Are there some fail-safes to keep shoe-fly pie from escaping the pie pan until it's deliciously set?
Ad

Well I think that we can all safely assume that we do not want volcanoes erupting when we are doing our cooking. I would say try adding the stuff that is bubbling over a little later on in the process. I am still not really sure your process though, so I am not too sure if that would help.

I've heard of shoo-fly pie, but have never seen or tasted it, so I'm not sure what the ingredients are that would boil over. It might be helpful if you posted the recipe, that way people could examine it to see what was causing the issue, or whether perhaps there's a typo or other error in the recipe. I do know that there are gadgets sold that help the steam escape from some pies, but I can't say whether that would help in this case, since I'm not familiar with the ingredients used, or what would cause the issue. Here's a picture of a pie vent, and another pie vent baked into a pie. 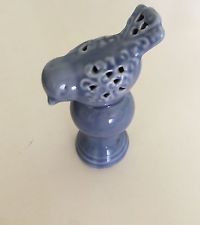 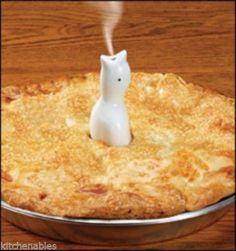 I don't have the exact recipe, unfortunately (I figured it wasn't worth keeping if it tried to ruin the oven). The best comparison I can think of for how shoefly pie is supposed to be would be a pecan pie that was denser and had no pecans. The molasses base in shoefly pie sets into a nice base with the flour mixture as it bakes. Or at least it would if it didn't bubble out!
You must log in or register to reply here.