I had a go at making a couronne last week, and amazingly it turned out ok! I've only made an enriched dough once before (hot cross buns) and this was by far the most difficult bread dough I've worked with. It is very liquidy, so if you've got a mixer it's fine... but I don't. Mostly did it by hand which was oddly satisfying, but it didn't rise much during the proving so I think a bit more 'kneading' would be required.

It is brioche filled with parma ham, mozzarella and fresh basil.

The recipe is by Paul Hollywood: http://www.bbc.co.uk/food/recipes/savoury_brioche_couronne_91468

This photo was taken when the load was assembled and it was about to have a second proving. You can see the instructions for how to assemble it in the book: 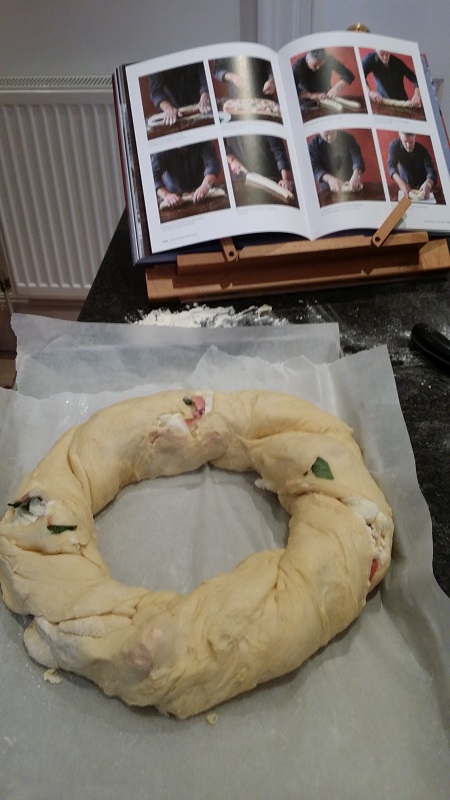 Just out of the oven! 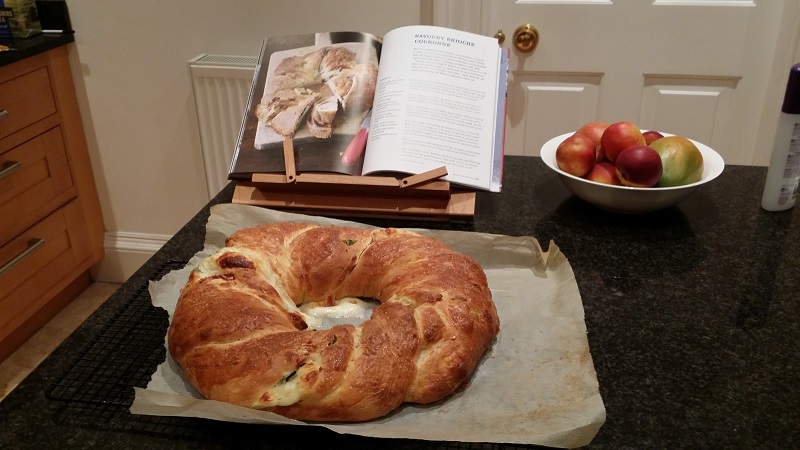 Here's a slice - you can see the swirled layers: 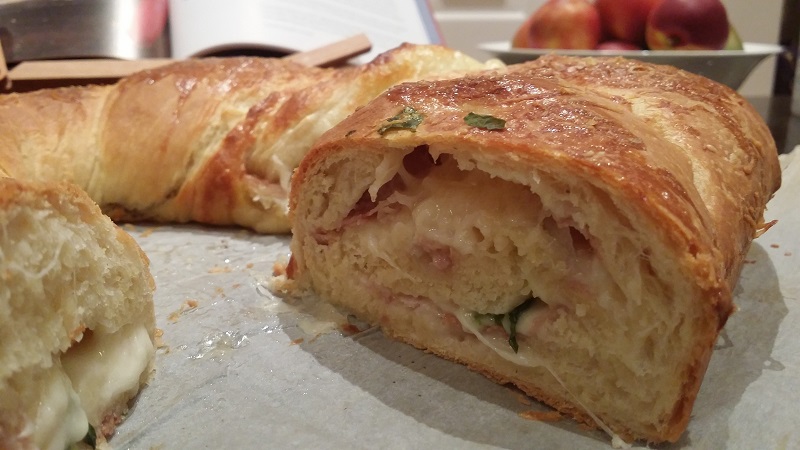 I'd love to try it again sometime, and you could easily make it sweet by adding a sweet filling instead of savoury.
Ad

Brioche bread has always seemed so intimidating, I have always been afraid to try it. However these pictureslook so tasy that I may have to work though that fear and give this recipe a try.
You must log in or register to reply here.