Hi guys, newbie here. I was really really really hoping you could help me. I am trying to get back into baking and cooking. I don't own scales unfortunately and due to Covid money is tight so would not purchase another. Please please please can anyone tell me how much a tablespoon of flour weighs, either level or heaping.

Please help, It would mean a ton. IBS has completely taken the joy out of baking and eating!

Thank you for your help and time.
Ad

Normally we do not use a Tablespoon to measure flour because it takes 16 tablespoons to make a cup. Scooping so many spoons of granulated powder skews the weight as air displaces some of the granules as it is scooped. With each spoonful, the weight becomes more and more skewed.

If you do not have a food scale, and volume measurement is your only method, it is best to use a measuring cup. It is important the proper measuring cups are used since there is a difference between liquid and dry measuring cups.

There is no way to accurately control the amount of flour placed in the cup. A “cup” of flour can weigh 120g to 155g, or more depending on how you fill the cup. And no two measuring cups are the same. So how the measuring cup is filled is also important.

Recipes from the following sources generally use 1 cup = 120 grams/4.25 oz. Use the Spoon and Level Method

Recipes for the following sources generally use 1 cup = 142 grams/5 0z. Use the Dip and Sweep Method

Recipes for the following sources generally use slightly different equivalents

How to measure flour using a measuring cup

How to Measure a Cup of Flour | BraveTart

While measuring flour with a kitchen scale will always be the most accurate method, for those still baking with cups, how you measure the flour can make a big difference in your results.

Dry measuring cup. Do not use for liquids 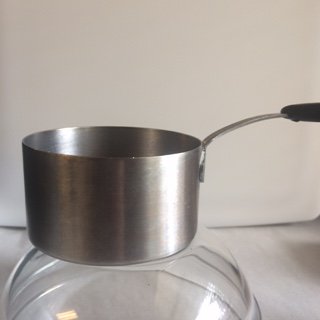 Liquid measuring cup. Do not use for dry ingredients 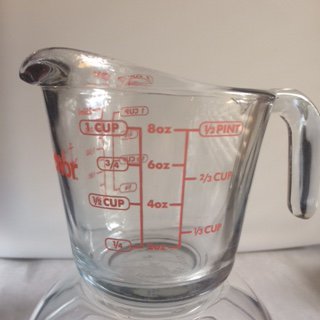 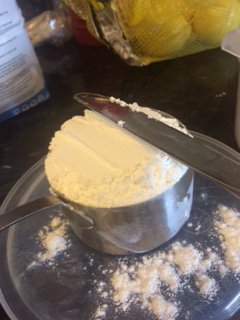 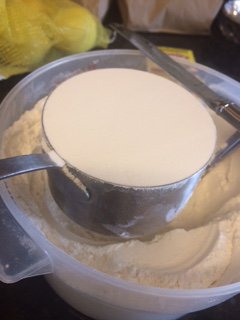 For Scoop and Sweep
When measuring liquids, get eye level to ensure liquid is level with the measuring line on the cup. 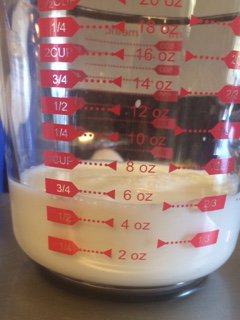 Just an aside...long fermented bread made of sourdough starter and ancient grain flours or a blend of ancient grains and unbleached flour is reportedly better tolerated than quick rise bread made with yeast and white flour.

If you google Ancient grain breads and IBS; Ancient grain breads and food allergy, you will find the studies are all over the place. It’s hard to say if there is any conclusive medical evidence that ancient grains are in fact better tolerated in people with conditions like IBS. But I just mention it so you can research it, and make the decision for yourself. I cannot eat gluten. The doctor believe I a celiac (it runs in my family). I get violently ill when I get certain gluten products. I’ve eaten long fermented ancient grain bread and pasta without ill effects. Of course, with celiac, I still not eat gluten. But the ancient grains with long fermentation surprisingly did not make me suffer symptoms.