My brother is a big fan of the Old Fashioned cocktail (bourbon/whisky, orange zest, bitters, sugar), so I wanted to make a cake for him that incorporated this (except perhaps the bitters!). I found this recipe:

I used bourbon instead of whisky, but everything else was the same. Here's how it turned out: 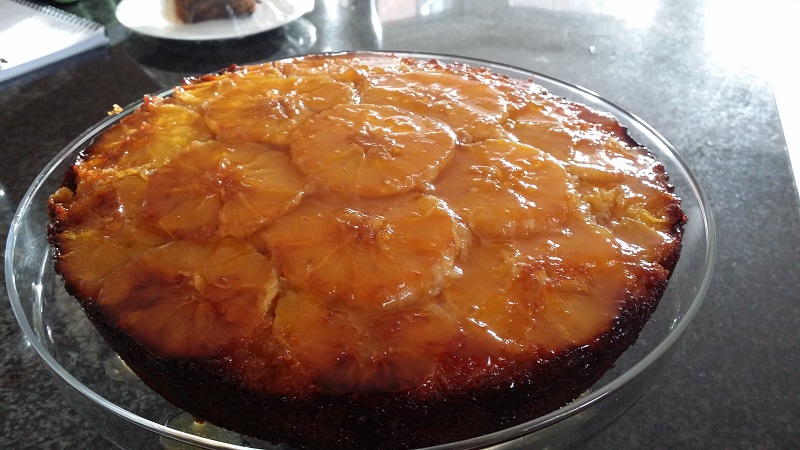 I used smooth orange marmalade for the glaze, which meant there were no lumpy bits. I baked it for 55 minutes and I thought it was overdone, so I'd definitely bake it for a lot shorter in future. The sides look burnt, but it was mostly the sugar which had caramelised. The only other issue I had was that the batter split - even after adding a little flour - which was frustrating. The cake was quite heavy, but that could be the result of the batter splitting.

The cake was lovely with the cream accompaniment - we had loads of the cream, so I froze the leftovers. I'm intrigued to see if it will be like ice-cream!

Awesome! That cake looks so delicious, sorry to hear you had some small issues with the batter though, I hate it when that happens! But in my opinion everything turned out great I've never tried this kind of cake, but it does sound like my kind of cake

Wow, that looks delicious. I'm sure it would be good with either the whiskey or bourbon. I've never seen smooth marmalade, I'll have to look for that. I wonder if adding some pudding into the cake mix would prevent it from splitting? Caramelized sugar around the edges sounds good to me, and if someone made it for me, I wouldn't care if the cake was a little split, but of course in some cases presentation is important. I'm interested to hear how your next one comes out, I'm sure it will be delicious.

Love the look of this! It actually reminds me a bit of the look of pineapple upside down cake - I love how pretty cakes look when the fruit is all glazed and beautiful like that!

I think I might try this Nigella recipe for the cake element when I make it tomorrow:

I've made the chocolate version of this cake before and it is divine, so I'm hoping for good things! I think it would work well with the orange topping. I'll let you know how it goes!
Ad

I made the second version of the cake at the weekend, and I have to say the Nigella recipe worked a lot better in my opinion. Here are my thoughts:

Here's the result! First two photos were taken after I'd fed it with bourbon, but before the glaze. 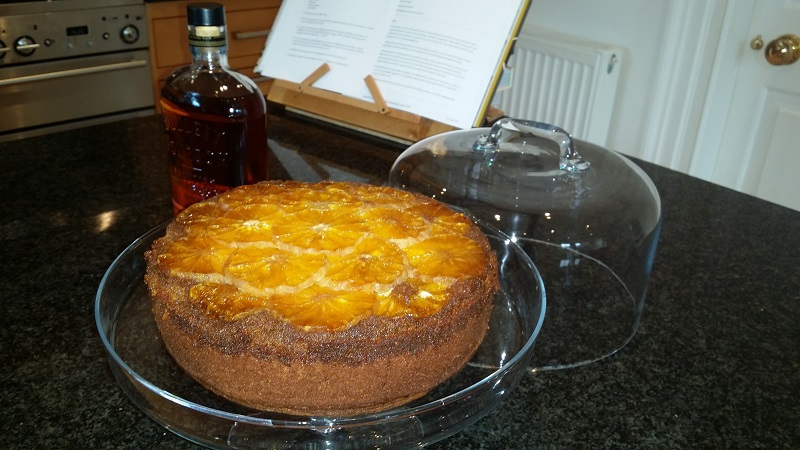 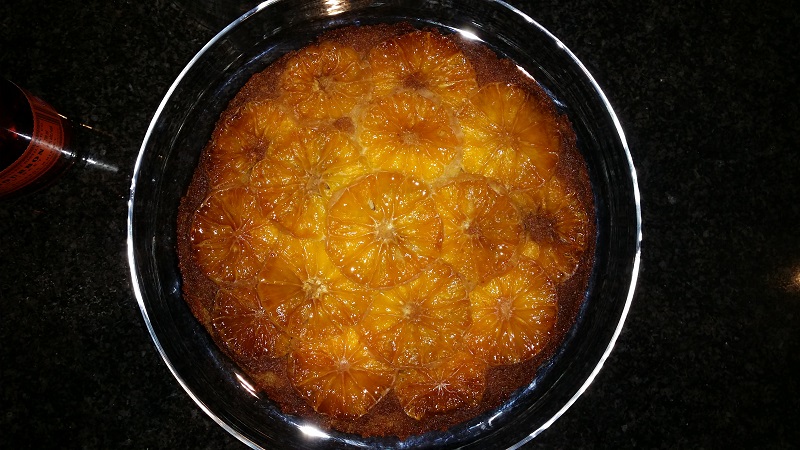 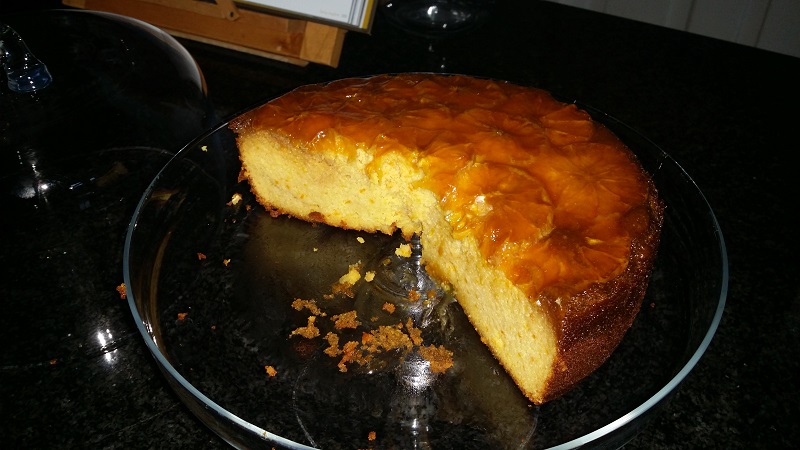 I also have a confession... I had to make two attempts with this cake... because for some reason I forgot the sugar when I made it the first time!! Not done anything like that in ages!
Ad