I used 2 different pans to cook them, because that was what I had, rotating the pans halfway through the baking time as the recipe instructed, and the cookies cooked on one pan were much flatter than the ones on the other pan (see pictures).

I had to make a substitution in the recipe, which called for cream of tartar. A quick google search told me I could use 2 tsp of lemon juice for every tsp of cream of tartar, and since they were lemon cookies that already needed lemon juice, that seemed harmless. Also, the butter in my fridge didn't say whether it was salted or unsalted, but it was what was in the fridge. 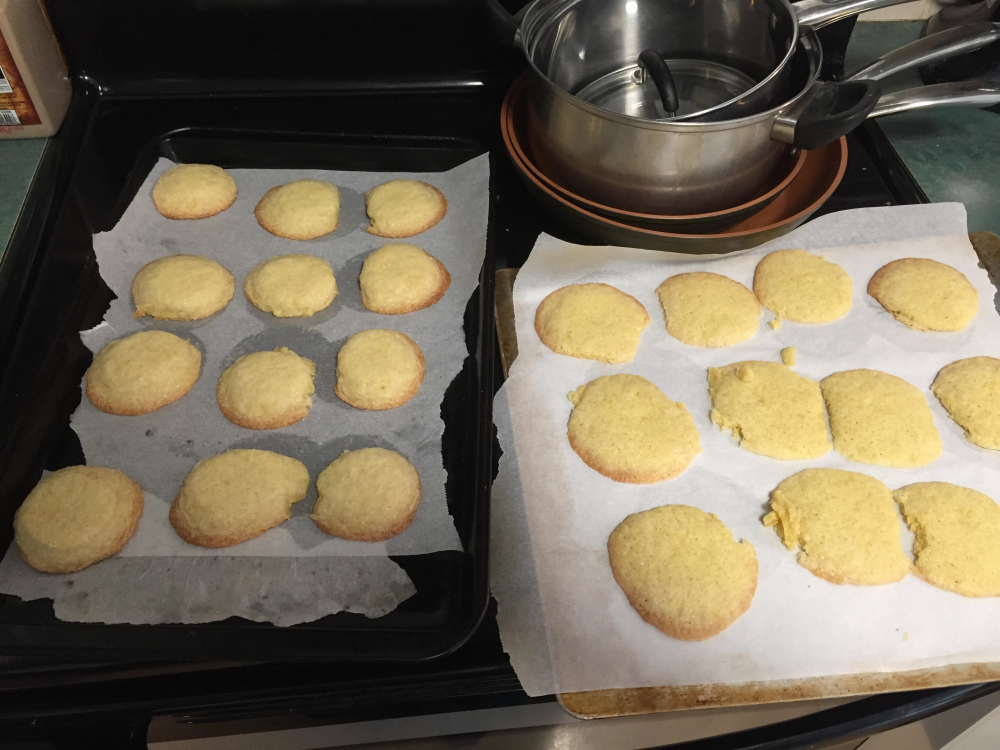 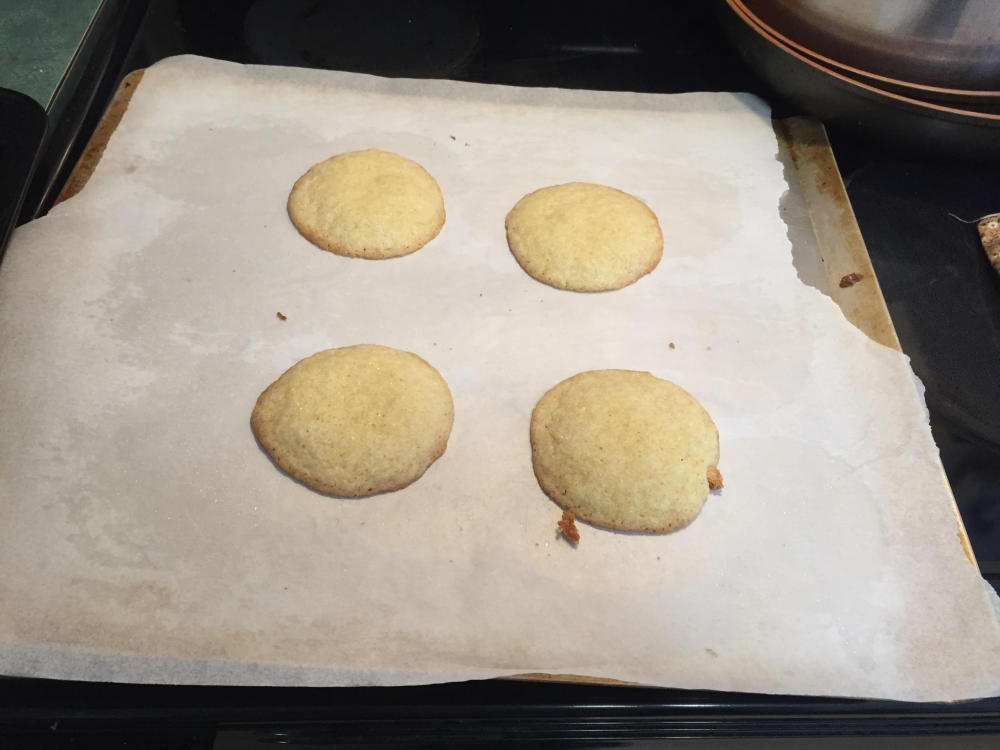 I had the same issue with my pans, so I finally broke down and treated myself to all new ones and donated the old ones. I got all Wilton pans, always use parchment, and they turn out perfect.
Ad

I learned that I always have to put the cookies in the fridge for about 10-15 minutes before I bake them. It sets up the butter and then they won't spread. Once you get the first tray in the oven, start spooning out the next tray and get that in the fridge right away. That way there won't be as much lag time and makes baking the entire batch much quicker. Also, it may be just me, but I would never substitute anything for cream of tartar. I think that might have been one of your problems.